A few weeks ago I had the pleasure of playing an early build to a then-upcoming visual novel. This little gem is called Nerus, by Roddorod or just Roddo. I just happened to stumble on its author in a Discord server. We started exchanging a few ideas and when he mentioned he had been working on a script I was eager to take a looksie. 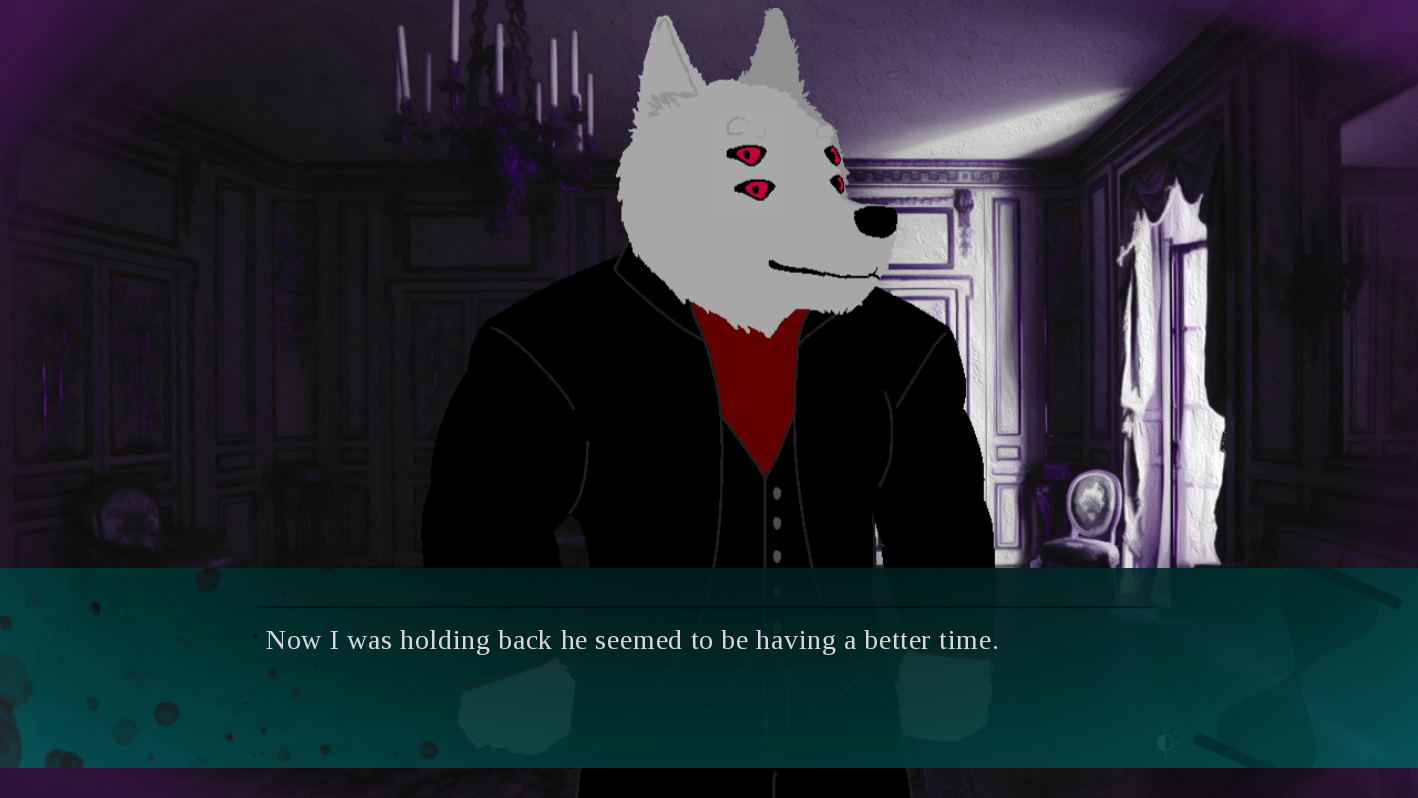 Now, perhaps out of a miscommunication I was expecting a document — a text file, maybe a Google Doc. What was my surprise when Roddorod instead sent me a build, and one already with UI customizations, character sprites and quite a bit of polish. It was late at night when I started it up — I was planning on taking a quick peek and then going to bed. Suffice it to say I was a sleep-deprived mess on the next morning.

Here’s the official summary to it, approved by the man himself:

"Nerus is a mystery and romance kinetic novel about two souls with intertwined fates.

This tale spans across many eras and places, each one riddled with mystery, suspense and clues to understand the inner workings of this fantastical world. I only ask that you sit down, enjoy the story, and are wary of that which lurks within the dark.

Our first story follows Shax, a young shapeshifter sent serve a Great Shapeshifter, Neru Magnus, as punishment for his crimes. As their relationship changes and they grow closer, Shax comes to realize something about himself.

Our second story follows Alessia and Bitey, a detective duo that lives in a ruined world, in their efforts to solve a mysterious crime that took place inside an important abbey."

This little unpretentious visual novel grabbed me right from the start with its writing — solid characterization, a clean and effective style, captivating setups and payoffs, and a lot of enticing threads which left me wanting more. It’s a powerful experience, one that is satisfying as-is but so exciting it left me wanting more. 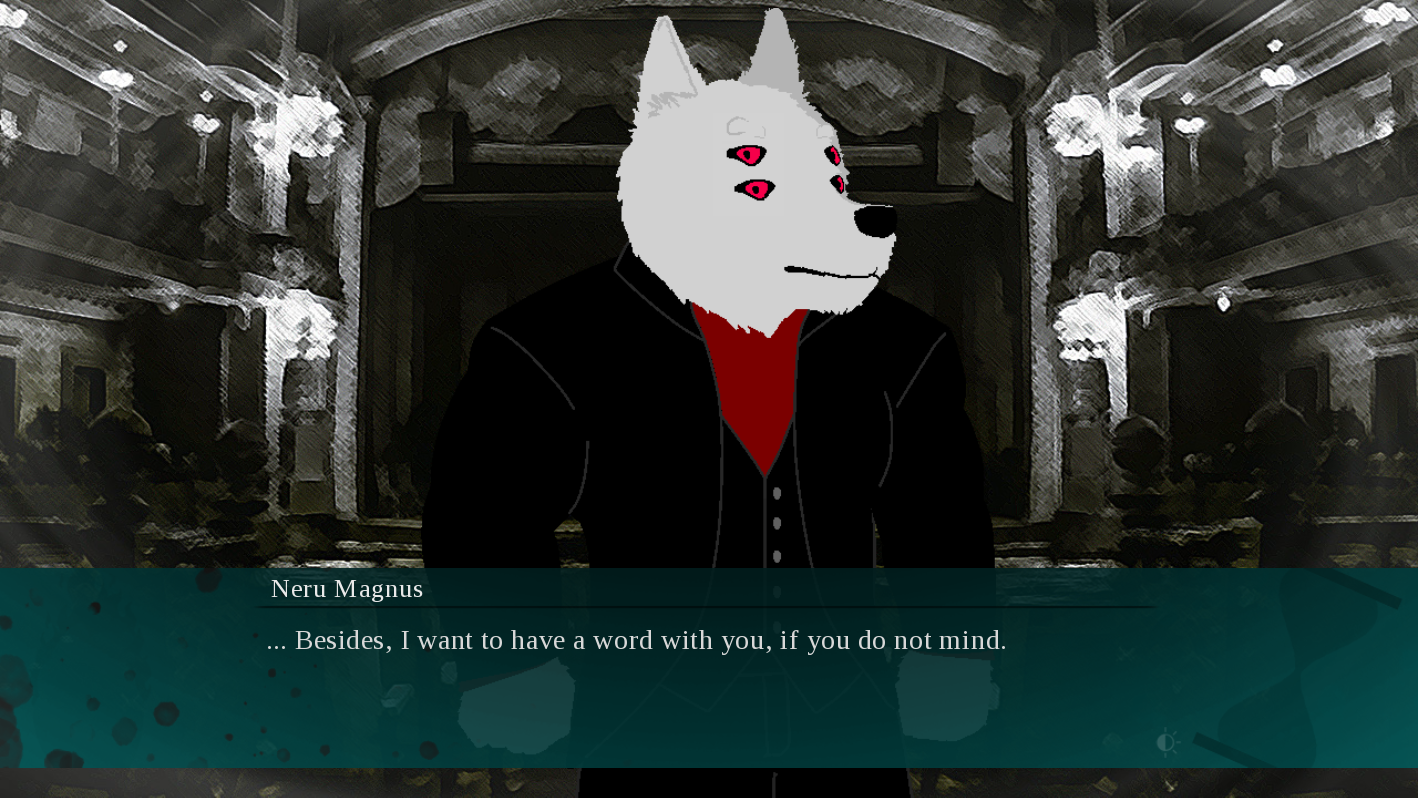 Since then I’ve hounded poor Roddorod for answers on where the story is going — more often than not he’s been mischievously tight-lipped on the matter. He lets me squirm while trying to figure it all out. I suppose I deserve it, seeing as I let him squirm just as much when it comes to answers about Minotaur Hotel’s upcoming plot points.

But I think this speaks volumes about Nerus as a visual novel: it’s the kind of story that keeps me engaged long after I stopped playing. Just talking about it is fun. It has an engaging world, an enjoyable prose, attention to detail and, most important of all, a beautifully crafted set of characters. All of it in its first build. Roddorod says he’s had this story in mind for years now and it shows in how well it has been crafted.

Even talking about it here is enjoyable to me. I giggle just thinking of people playing it. I also laugh thinking of my own selfish reasons for writing this little DevLog: I want it to be successful so I can keep playing more of it.

Nerus is available right now on Itch -- go and play it! 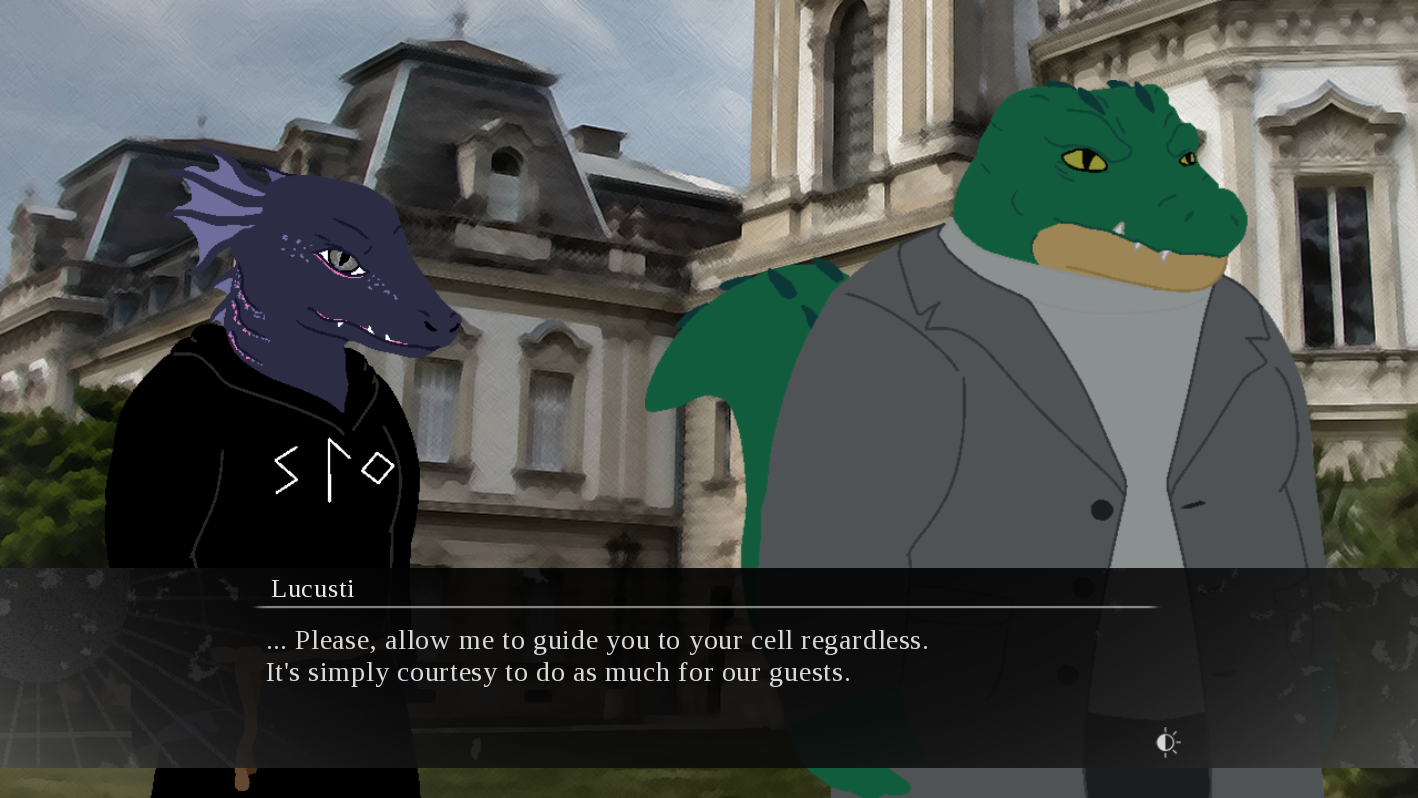 Now you may be thinking… "Is this DevLog just an opportunity to shill this one game I’m captivated with?" Well, indeed I have been shamelessly shilling for it, but it’s not the only reason, no! Who do you think I am? I’m playing 4D Chess here and I’m preparing a Royal Flush.

You see, in my desire to see Nerus succeed as a project I’ve gone ahead and taught Roddorod all the marketing dark magic I’ve amassed. Mind you, there are terrible Eldritch truths I have glimpsed I’m yet to unveil — and we applied all of those on Nerus.

It has a robust collection of tags, a topic about which I’ve gone at length, and what I hope will be an effective Itch page (well designed, good summary, screenshots, etc). But we went further! We have reason to believe that clearly showing a character on the cover page has a very positive impact on how often people click on the game. And right here, right now, I’m testing whether or not mentioning Nerus in one of our DevLogs will have an impact on placing it among Minotaur Hotel’s Related Games.

In a way Nerus will be the trial by fire of all the marketing techniques I've been testing out -- and I really hope they make this game successful, because I want to keep playing it.

So go and play it -- and make sure to leave a review after you are done!

Can you explain something to me please dear author? I thought I saw the characters in Nerus in your game. Are you collabarating?

Hello! Roddorod and we are friends, we help each other with writing and nanoff drew the current cover art for Nerus. Maybe that's what you are thinking about. Despite the proximity in crew, Minotaur Hotel and Nerus aren't related.