Howdy! We have a lot to talk about today. It's been a while since we last posted a proper update, so today we're taking some time to get everyone up to speed on what's up. Afterwards we will introduce one of the upcoming characters in Build 0.4, which was picked from a poll on Twitter, and to close it off we'll be talking about a hot piece of news — nanoff has just opened his Patreon and we are publishing his comic, Boomer's Big Date, here on Itch.io.

Before September development was going at a very high pace, but for about three weeks I had to take some time off to focus on a work project that kept me on a pretty intense crunch. Things are back to normal now though, everyday I'm getting between one and two thousand words in the bank we have about 65k words of content for Build 0.4, excluding lore drops. That's already longer than a novel's worth of content!

But make no mistake, even if we're getting a lot of content out the pace here is nowhere near as intense as it was during Build 0.3. That one involved rewriting the same scenes multiple times to account for choices being made right then and there plus Asterion's view of the Master. Build 0.4 dials down on the number of such extensive scene rewrites while dialing up how meaningful they are. I won't go much further here — no reason to spoil what we have in store.

Now, I know many of you want to know a release date but, sorry, we aren't ready to state that just yet. Suffice it to say everything is going as well as it possibly can.

To finish our progress report, let's talk a bit about an upcoming an upcoming piece of content.

During Build 0.1 we got a glimpse of a somewhat distant past — namely, the hotel as it stood before and during World War 2, at its peak. Build 0.2 iterated on that by adding two characters which played with the extremes of what came after — Luke, the jingoistic American griffin and Kota, the traditional Japanese dragon. Meanwhile Build 0.3 touched a bit on the Cold War through Greta, who alludes to the division between East and West.

Each build's characters so far had a little snapshot of the times between Asterion's imprisonment in the cold room and his release. Build 0.4 continues that trend by pushing this axis towards the Global South. In other words you can expect the next batch of guests to come from a few less represented places. 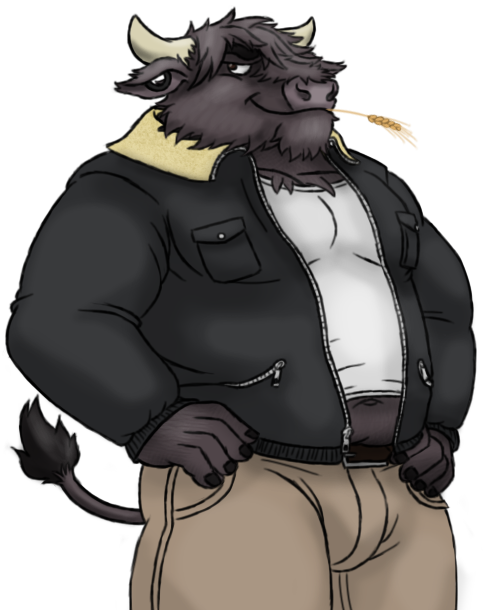 This fine young man introduces himself as "Storm" — which may not be his real name. He hails from a somewhat isolated location in South America and he's in his early 20s, which makes him the youngest character in the cast so far. He's rough around the edges, but has a good heart. He also has a very unique taste in music — imagine math and prog rock kind of stuff — so that's given us a few challenges when it comes to pick which songs to use on him.

As far as Asterion knows he's the only minotaur that has ever existed, and neither Luke nor Kota have ever seen, met or heard of another one. In Minotaur Hotel's universe many legendary and mythical beings live in society, disguised as humans, but that doesn't mean all legends are true or that there is even a consensus on which ones are true. Minotaurs, for example, are virtually unheard of. That doesn't mean no other minotaurs exist, though — only that they are extraordinarily rare even by the standards of mythical beings, and you'll get to learn more about that in Build 0.4.

Working on Storm has been an absolute joy so far. He's a character I conceptualised quite a while ago. From the beginning I had a very specific vision for what his story and life was like and it contains a lot of details I'm a bit passionate about. Asterion's, Kota's and Luke's conflicts are quite distant to what the average person today goes through, while Storm's is a story which might resonate with the vast number of young men who have been dealt a bad hand in life.

Like many young men, he comes from a broken family which did not nurture or prepare him for life. His time at school was unfortunate and too short, both because of not fitting in and because the place where he lives lacks quality education. He has no job prospects, he lives in a place where opportunities are scarce, he has little to no contact with society outside his isolated, unconnected community. He is thoroughly lost in a multitude of senses — which, one could argue, makes him a fine candidate to be pulled in by a magical hotel that attracts those who have nowhere to go to.

Overall his story both iterates on and mirrors Asterion's, but placed in a very different context. When the story starts he's unemployed and going through a very rough patch, as you may be able to glimpse from his clothes here. 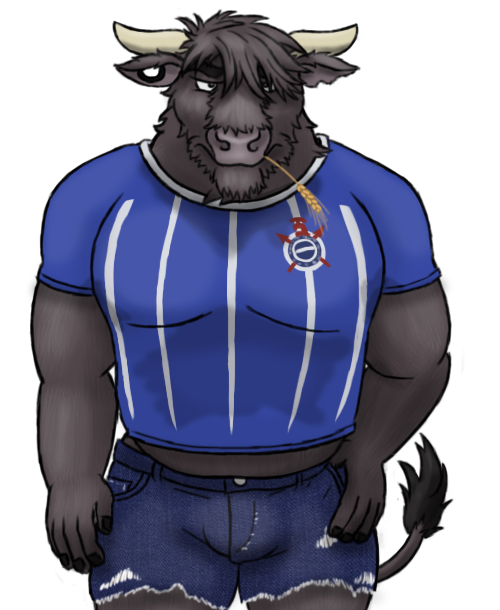 Things take a sharp turn for the better right as we start witnessing his little adventure... But how much better they'll get depends on your choices.

As we have stated previously, the central plot of Minotaur Hotel is Asterion's story and his relation with the MC. This means you cannot date the hotel's guests, but you can play the matchmaker and get compatible characters to start dating. Storm is the first character in the game who'll have that kind of content — he might end up developing feelings for someone depending on how stuff goes. 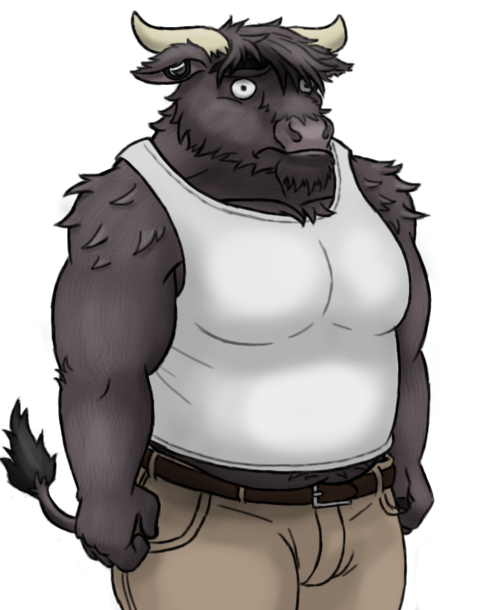 We hope Storm's story will be a highlight of Minotaur Hotel! So far the public response to him has been absolutely lovely.

Now, before you leave there's a final announcement we have to make...

Frequently we receive extraordinarily kind messages from people who enjoyed Minotaur Hotel so much that they'd like to donate money or pledge to become our patrons. Our response to these extremely generous comments has always been that Minotaur Hotel is a non-commercial passion project and, thus, we cannot take donations.

We maintain that positioning, but as of today we would like to announce and clarify that nanoff, our artist, opened up a Patreon page of his own for his comics and art and he's publishing his comic on Itch.io — Boomer's Big Date. 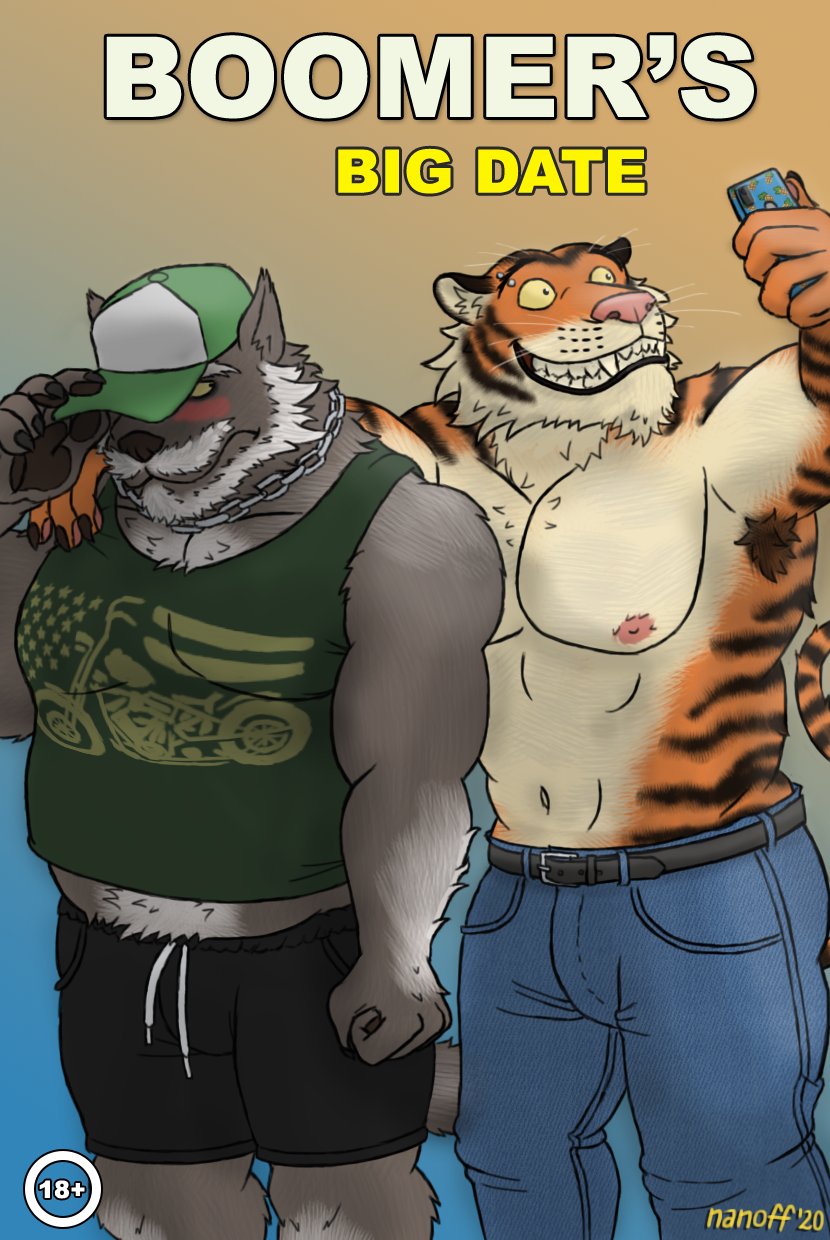 Some of you may be aware that the economic crisis caused by the COVID pandemic hit Argentina particularly hard, which has been made even more damaging because of political issues. That's where nanoff lives. It is unfortunately possible that the company where he works might pull out of the country, which would leave him unemployed. Because of this he's starting a Patreon to save up some money in case things go south.

If you enjoyed Minotaur Hotel we invite you to check out nanoff's work. The money he makes from it will go exclusively to him, to act as a safety net in these trying times.

I hope you enjoy his work and you can expect us to post more Minotaur Hotel news over the next few weeks.

Double the moo, double the fun!

Storm looks absolutely megafluffy! I wonder if Luke will be able to finally get that beef sausage he's been craving and which Asterion cannot provide (to him at least).

Looking forward to deepening the connection with our own moosbando! Can't wait to see what new options and interactions you have in store for us in 0.4.

All the best wishes to the MinoHotel team!

I been closely following the development of this game, because I know is one of the greatest vn out there, and how much effort is put by the team behind it.
It makes  me really happy to know that the development is going smoothly.
So you guys take your time cause  i know you're gona deliver an amazing update.

And to Nanoff, since the beginning I knew your comic was gonna be a bannger, keep it up man!

Storm is looking great, I got a feeling I'm going to like him a lot and you got me wondering about what the music he likes with that drop.  Good work all around guys and good luck with the VN.