For those who are just joining us, a few weeks back we were close to hitting 3,000 followers on Twitter and to releasing the most recent version of the game. To mark that occasion I promised that we would commission a pin up picture of Asterion by GigaSaddle if we hit that milestone before the game came out, which we did. Have a look. 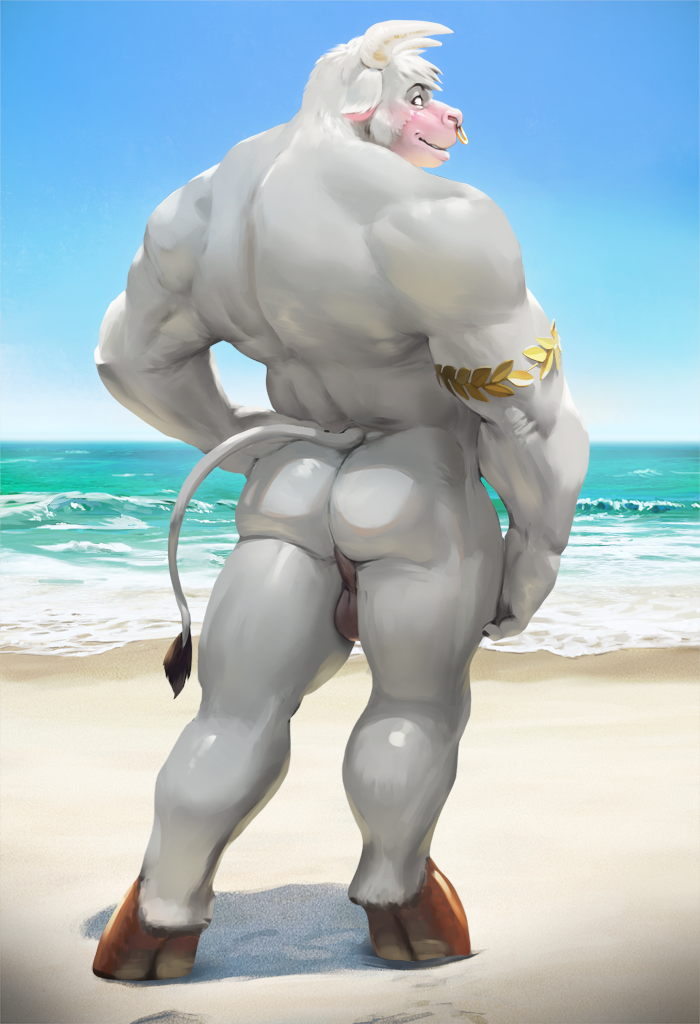 We didn't really have any bigger plans when we commissioned it, but after giving it some thought we realized that we could insert that image in-game as a reward for hitting a certain number of achievements, so it also doubles down as an useful asset for the game's development. We then promised we'd commission another pin up every time we get 1,000 more followers on Twitter — and just a few days ago we hit 4,000.

So! For the 4,000 followers picture we made the executive decision to go with Storm (only fitting since this game is called Minotaur Hotel). To match his personality and to be symmetrical with Asterion's picture, Storm will be showing off his front instead of his ass. Let's just say he'll be exuding some top energy.

That's for the 4,000 follower pin up, but what about the next ones? Well, going forward we want to get a good feel of what people want to see first. Mainly we want to figure out which we characters we should do first and what fun scenarios we could put them in.

With that end we setup the survey below. It has a few questions to figure out which characters we should do first. Just read it and answer as honestly as you can. If you have trouble accessing the embedded survey, you can fill it by clicking here.

And if you feel like discussing, feel free to use the comments section below! If you want you can paste your scenario suggestions down there so everyone can throw ideas around. Please upvote any suggestions you particularly liked, as that will show us people are into it.

Have fun with the survey!

"Choose which character you want to see the most"

(upvote if you want the same)