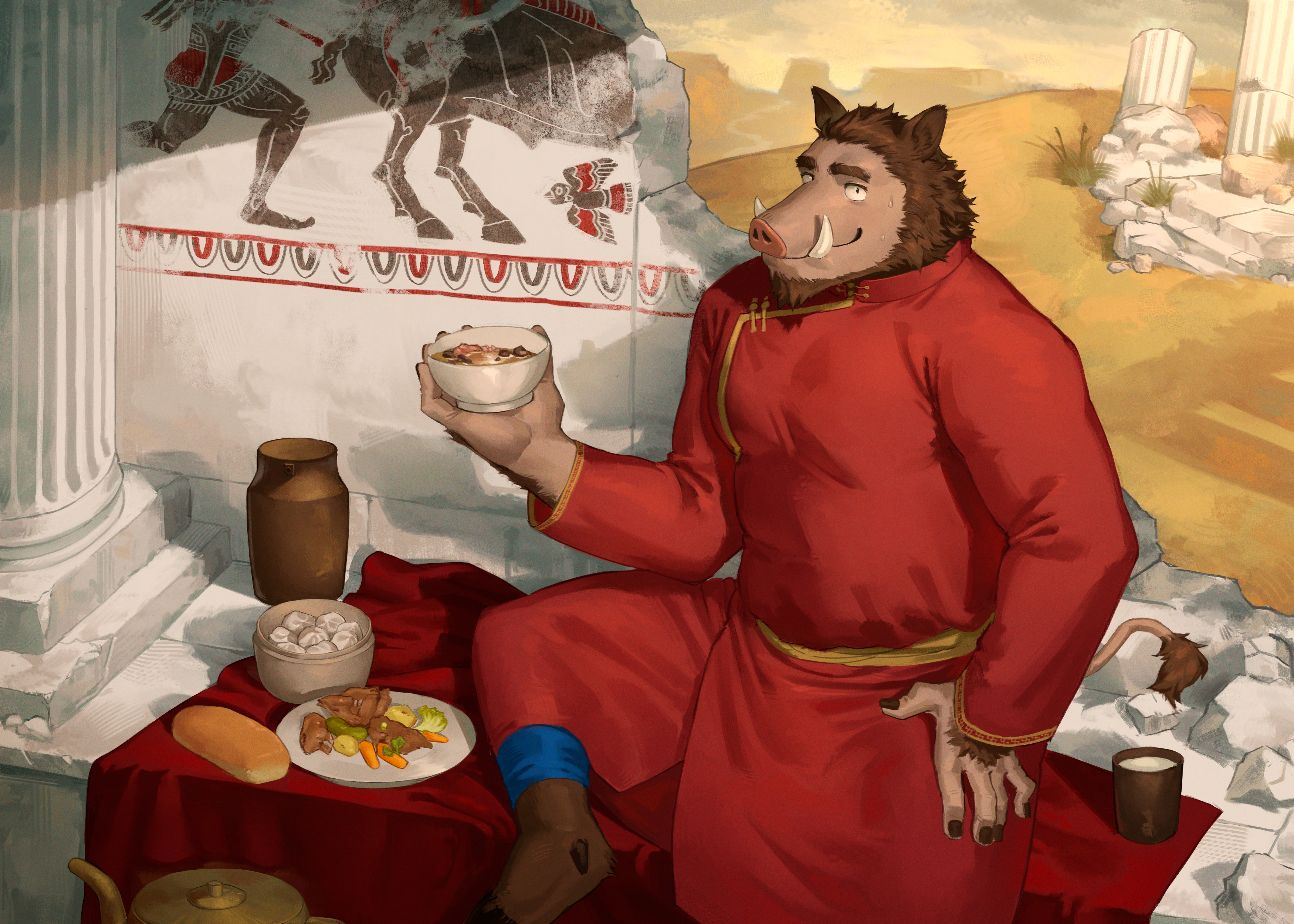 That's right! It only took us a little more than two months, too, even if it's really big. And I hope you enjoy the promo picture above, kindly provided by dilukha.

Here's a table of time zones for your convenience. 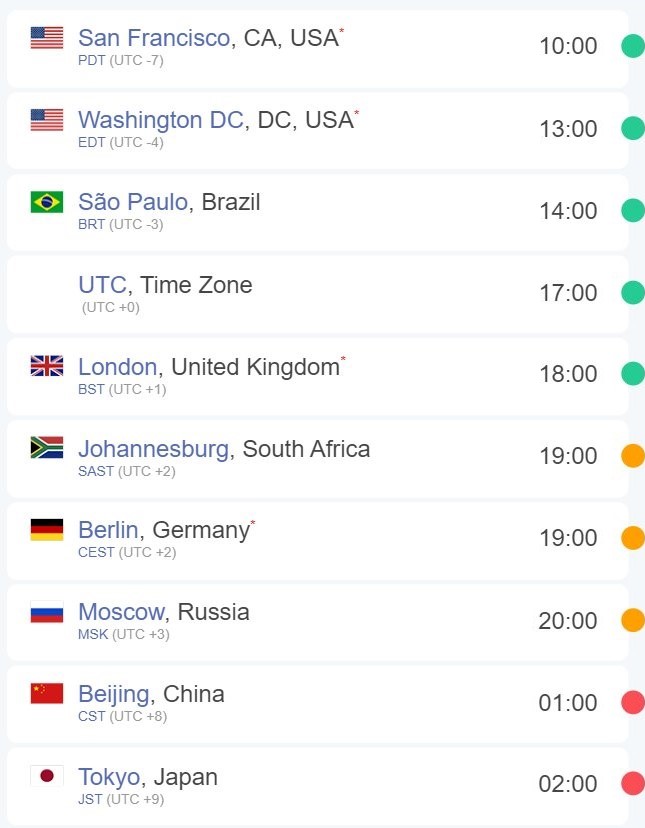 Build 0.6.1 adds 6 hangouts for Khenbish and 2 R&D projects, which altogether amount to approximately 70,000 words. Basically a novel and a half worth of content, mostly written over a period of two months and a half.

Khenbish's hangouts comprise roughly two thirds of the word count, it's the main attraction. His content, as with Kota's and Luke's hangouts, can be accessed through the management screen by keeping him out of R&D and Exploration for a day, then choosing to give him a day off.

I don't want to give any spoilers but there're two points worth bringing up, so you can hopefully enjoy the most out of them.

Now, this update also adds 2 R&D projects: the pool and the outdoors bar. As you may recall if you've been following our previous DevLogs, these two events originally were supposed to be paired with Kota's content (after all, he's a water dragon whose river was used for sake) but we ran out of time.

Mechanically it's very straightforward. The pool is a larger project that will take a bit of time to complete, you'll need to invest a robust team to get it done. After you finish it you unlock a follow-up project which adds an outdoors bar to the pool.

Both of those scenes play like the drinking game and the wrestling event, in the sense that they bring together all the characters you've recruited so far. I highly recommend that you go in with as many people recruited as possible if you want to see the most content. This content is also future-proofed and will play differently further down the road, when Asterion and the MC are dating officially and when you have Oscar, Pedro and/or Nikos recruited.

Now, this makes it three big events in this update alone which change a lot depending on who you have recruited — and all of them have scenes written for Nikos, Pedro and Oscar. That's a lot of content we worked on that's not accessible!

So, after some thinking we agreed on a decision which you might really appreciate: for now we are putting in a way to access these scenes in their fullest form, as if you had recruited all characters. Here's how you do it:

The VIP Room is not a permanent thing. At some point down the road we will remove it, so don't get too used to it!

But to leave you with some goodies...

After we release Khenbish's update we will properly announce a new thing I've been working on. It's a short story (which we turned into a micro visual novel of sorts) I wrote in a single go as an exercise to get over a brief creative block. The whole thing is around 6,000 words now and it's meant to be read in a single sitting. It may get a bit bigger as we edit it, but even then it should not take more than an hour to go through.

A visual novel this short may be weird for many of you, but it's not coming out of nowhere. We, developers, often struggle with getting exhausted from working on long projects for years. Sometimes we just need something fresh and different to get our creative juices flowing. This short story was an experiment in trying to quickly execute and deliver a complete story in the shortest amount of time possible.

In terms of content, it's a homage to Berserk, Dark Souls and Elden Ring. If you are familiar with these works, and if you like scrunkly anthro dudes wielding ultra greatswords and zweihanders, maybe you'll get a kick out of it. It will have optional NSFW content too, but depending on scheduling it may come out as a content update later.

And here's a final gift, for now — a Robert picture made by Alpha0! 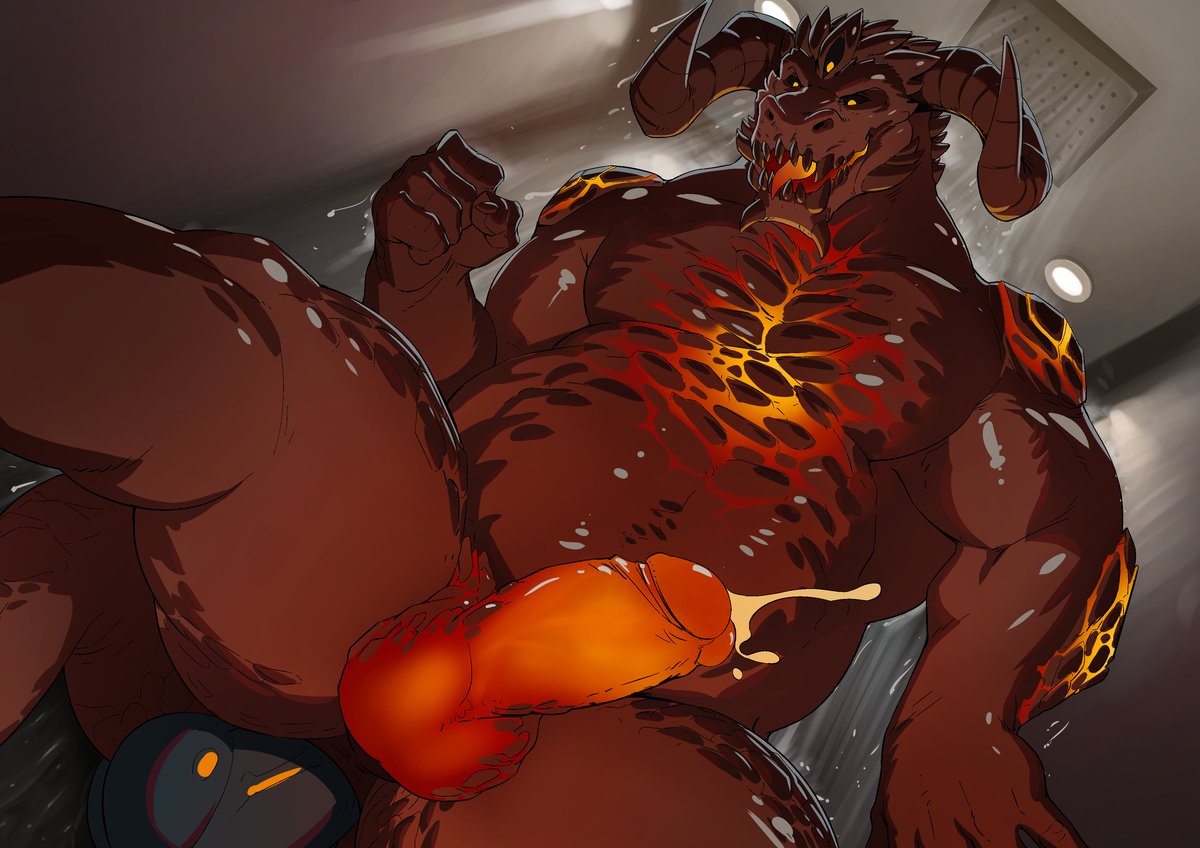 WELCOME TO THE HOG ZONE

I've been looking forward to the wrestling event since the idea was brought up in the forum, can't wait :)

HAH! so you did find a way to make these updates more acessible with the VIP room

Omg that is some delicious fan art... That could maybe be made canon Someday (*wink* *wink* *nudge*) ...

Also who is Nikos? That name I don't recognize (yet)

Can't wait for this update, since now I am currently playing again with another background (for the smutt, obviously) the problem os that my heart hurts for our poor taur Asterion, because I love him way too much .

You probably know Nikos, but i won't tell you since this is one of the many little secrets the story has. But i don't think you have to worry about Asterion.

omg the update comes out on my brithday

It's funny you say that. We have a buddy whose birthday is on the other week, Friday 13th, who asked if we'd release the game then. So it's neat that we're releasing on another reader's birthday.

There was this rooftop bar that came to mind, but I would imagine that's not what you meant.