Orc Breeding is Out! 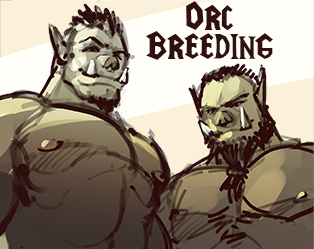 Howdy! You may remember we released a project on beta a while ago — and now it's officially out!

Orc Breeding is a collection of erotic fiction about orcs — strong, powerful warriors, whose tribes are spread throughout the land — and the men they take for their own. They pillage. They make alliances. And some of them even love.
Some of the men in these stories are more than willing to be taken by — or take — these muscular, sweaty, green-skinned brutes. Some need a little convincing to enjoy their captivity. And some are bound, humiliated and made into their captors’ playthings. But rest assured that all these men experience the hard, raunchy, homosexual rutting that helps to perpetuate the orcish tribes.
In Orc Breeding you will find plenty of explicit gay and kinky content, you must be 18 or older to play it. Contains various fetishes (which are indicated at the start of each story), so reader discretion is advised.

If you have a minute, however, I'd appreciate it if you could read our little message below explaining why it took us so long to push it from beta to full release status.

What Took So Long?

Surely some of you noted the rather large gap between the game's beta in June and today. We didn't talk much about the reason but we think it's important to make it transparent, both so people can understand and so other developers can learn a lesson.

In summary, while Minotaur Hotel is an intensely collaborative writing project, Orc Breeding is Nemo's story. So naturally we wanted it to have donations enabled and for them to go entirely and straight to the story's author, Nemo0690. We also wanted to publish the game on our main account, Minoh Workshop, so everyone who follows us here gets pinged about the game. We created the project's page on our account, only to learn later (after the beta release, in fact) that Itch.io wouldn't accept Nemo's account as the recipient for the donations.

We contacted Itch Support and submitted a ticket — which went ignored for over a month. We were told staff has already resolved situations like this before but our multiple attempts to bring it up were consistently ignored.

Basically we were stuck between a rock and a hard place. We could either release the game without donations (which would be unfair) or try to rig our main account to send the donations to him (which we agreed wasn't really a good practice and we should avoid it.)

We explored a number of possible solutions that would be satisfactory but Itch staff ignored our support tickets (allegedly because they are still backed up with support requests from the Bundle for Racial Justice and Equality). Ultimately the only available solution that relied entirely on us was creating a new project page on Nemo's account — which has no followers, since it was created recently.

Incidentally, this means that all the ratings we got during the Beta did not carry over to the release. Basically, the number and quality of ratings correlates directly with how often a project is shown on the platform. This is a big hit to us — we know Orc Breeding is very niche and not for everyone, and without ratings the project is likely to fall into obscurity. Also the fact it's NSFW means it only shows up to a fraction of Itch users already.

We believe that broadly asking for ratings is ungentlemanly and crude. But in this situation, seeing as our positive results so far have been wiped clean purely because of issues on the platform's end, we are put in the uncomfortable situation of asking and sounding crude or not asking and decreasing the chances of success. If this was exclusively my project (MinoAnon) I would have gone with latter. But I cannot with a clean consciousness do so for a friend's and partner's project.

So, ungentlemanly as it may be, I ask that after you play Orc Breeding you consider giving it a 5-star rating. Each rating contributes immensely, now more than ever. A few dozen 5-star ratings is the difference between a project being shown 5.000 times vs. 40.000 times per week. All the damage Orc Breeding was put through because of this mess can be repaired if two dozen players give it a very good rating.

Beyond that, we have other news that relate to this whole issue. Some of you may remember I was writing a writing manual for visual novels and a few weeks ago we did a big survey about furry VN preferences. These two little projects are largely concluded and ready to be rolled out but we were waiting for Orc Breeding's situation to be resolved before doing so. You can expect to see them very soon, most likely this coming week.

To close this off — and knowing it will probably come across as an excessive amount of information — if you aren't in the mood for Orc Breeding's very NSFW content I'd recommend you try Nerus. 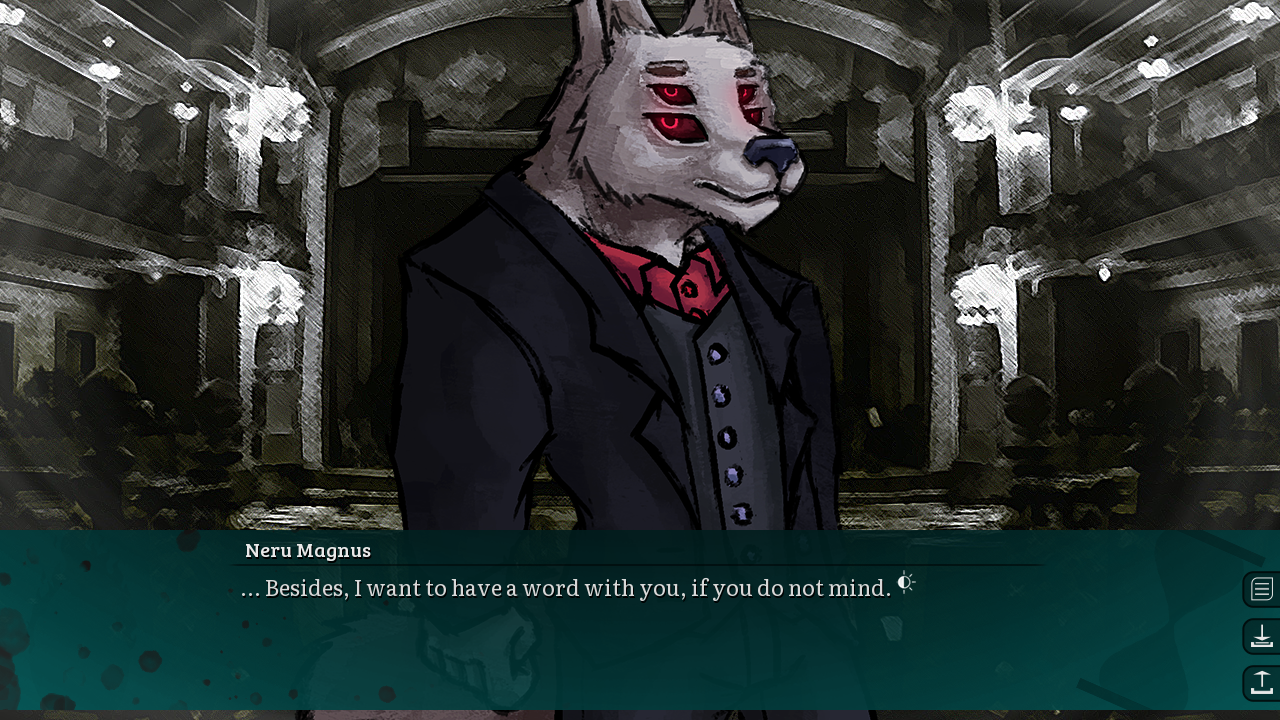 Some of you may already have played, but this week its third build was released and it now has entirely new art alongside extensive edits to its Prologue. For those who already played it, it absolutely warrants a second playthrough, but most importantly it's a project with great writing that deserves more love.

So... That's it for now. Thank you for sticking with us. Have a good weekend!

I'm sorry you all have been having such issues with it, but I'm glad you worked it out somewhat! There doesn't appear to be a link to the actual project now, however?

Hey! Huge thanks, I updated the page now, the link should show up. Big blunder on my part but thanks to you it's all good now.