Send us questions! We are having another Q&A Session!

Build 0.5 comes out on August 20, which is about two weeks from now. We decided to keep up our tradition and do a pre-release Questions & Answers session. What this means is that you can send us all your questions and we'll answer them a few days before the game comes out.

What kind of questions are allowed? Well... pretty much everything! We can talk about the characters and their backstories , writing and creative process, this build's long development, lore, upcoming content, everything! Do keep in mind we won't be giving out any spoiler-ish answers.

Post your questions in the comments below, and see you soon!

Hi, Just played for the first time and i got very addicted, great job on what has been done, a lot of had work went in to this and really did enjoy it.  Will definitely go through again at some point when some more Explicit content gets added, thats one disappointment i had when i got to the end of the game. And would there be a future updates where the other characters relationships develop? I know it couldn't be done but i would love to chose to see if i could date kota (favourite character crush) if i had an option, or another character and see how that would blossom. Or side story lines where other characters grew and got intimate.  Will be following the progress and look forward to more.

Also, the project is amazing and I'm glad people can grow up in a world where games like this exist. If this was around when I was a little proto bromosexual, I would have felt less isolated.

What was it like licensing all that lyre music? Were they down with their performances becoming the signature sound of a dramatic Minotaur romance?  Some of those tracks are absolutely crushing it, and historically informed music isn't often in games like this, never mind the epitaph of Seikilos...

Who's your favorite among the cast of characters (besides the big moo of course )?

And what other kinds of mythology would you like to include in future updates?

(Might be spoilery) But I feel like Kota and Luke basically adopted the three basement cobalts. So are they like an old bickering married couple now?

I hope this isn’t too spoilery but how much of the original 4chan quest will make it to the game? Like will we see black the hydra (I love the relationship between Magenta and Luke) , or jojo, or even Hermes? Will we see any of the original plot points like the snow globe or the trial with the gods? Also I have to say what amazing it is to experience what you and your team have created. Keep up the good work.

I'll give you a full answer in the DevLog but here's a little hint for one of your questions: 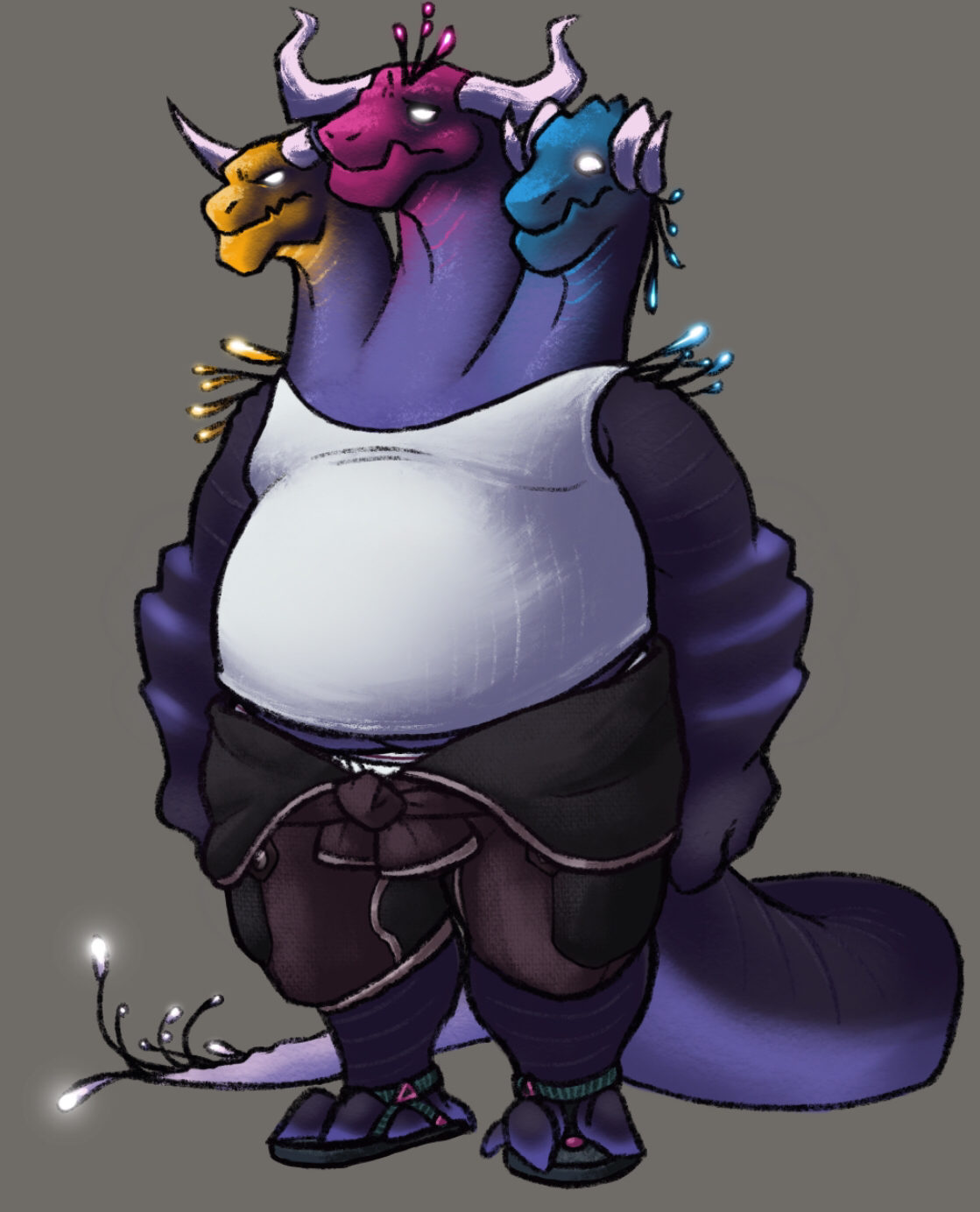 This is probably a bit specific, but will there be a scene where Asterion falls asleep in the MC's lap?

I just really love that kind of cute stuff

Based on how Long it has been...

Where would you say The Percentage, of the, "Entire", Game's Completion, is... exactly?

Is there more to why Asterion has been sentenced to eternal torture than has been revealed as of yet?

Will all the characters eventually find love and happiness in their lives in one form or another?

Are there any plans for NSFW content with Argos?

Will the source of the magic that binds to Labyrinth ever be revealed?

How much NSFW content is there? I played the first few updates, but there wasn't much content on that end.  I was extremely excited for the game, but slightly disappointed that there were only two scenes with NSFW content.  Great game, but wanting more...

Hey, first of all I want to thank you all for your hard work with that project! I played it only a month ago but what I've seen so far really impressed me! The question is... Does the artist have any plans to change and improve Asterion's sprites in his pre healed state? I think there's some lack of variety in terms of emotions and different poses compared to his beefy, fully healed state and it really shows.

can we get a size chart for how tall each character is compared to humans?

I want to hug the snek.  Can I hugs the snek?

Is the shy bull secretly a rough, dominating top in bed?

In two thousand years, he will have done everything that there is to do. As the Chesterton verse says: "Now bereft of all desire, / He sits at home, and pokes the fire."

Thanks for all your hard work and lovely updates!! Keep up the fantastic work!!

Will we be learning more about Jean? I'm very curious about this man shepherding people to the hotel.

My theory is it’s Hermès in disguise. Explains a lot about his behavior

I do think that the Hermes theory makes sense but the choice of the name Jean really interests me. I was wondering if it was related to Jean-Marie in some way. Assuming that Jean-Marie went to Elysium (possibly) because of his good deeds and death in battle and his connection to the hotel, it's possible that Hermes brought him to the underworld or where ever his afterlife may be(Hermes is a psychopomp after all). If that's the case, we may be learning more about the gods and Jean-Marie from him.

Another option is that it is Jean-Marie in some sense. It's not out of the question that his spirit is bound to the hotel at least temporarily. Asterion said that he felt it when Jean-Marie died so maybe he is still tied to the hotel through a contract or something.

There is also the option that the name Jean is completely unrelated and he is just a shaman, decedent of an oracle, or something else entirely. The creation of the charms seems to suggest that shamans could very well exist in this world so having someone that may be more in tune with the less seen parts of the world could make them a valuable resource.

Sorry if I rambled a bit. I tried to keep it relatively brief because I have a lot of thoughts on this and a lot of possible theories, but I wanted to know more first since the evidence for all of these is somewhat lacking give how little we actually know about Jean and the current state of the gods.

Either way, I'm really excited to learn more and am looking forward to playing this update.